The CO2 cost of delaying nuclear power by a year: guest post

This is a guest post by Chris Goodall, who posts regularly at carboncommentary.com

The Fukushima disaster will probably delay the arrival and growth of nuclear power in the UK. Unless the gap is filled by alternative low carbon sources, CO2 emissions will inevitably be higher than they otherwise would be. This note estimates the likely effect. 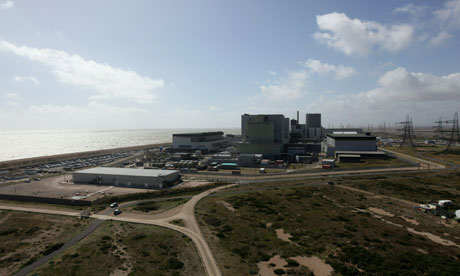 Last December, the Committee on Climate Change (CCC) produced a carbon budget (big PDF) for the period up to the end of the next decade. It suggested that the UK needs to emit no more than 310 million tonnes of greenhouse gases by 2030. To get there requires emissions to fall at over 4% a year during the 2020s, a hugely difficult target.

Electricity generation is the easiest major source of carbon emissions to decarbonise and the Committee looks for new nuclear power stations to replace fossil fuel plants from 2018 onwards. By the start of the 2020s, the CCC believes it necessary to install an average of 2 – 2.5 gigawatts a year of new nuclear generating capacity. (Broadly speaking, this means construction of one and a half nuclear power plants a year). The Committee sees renewables and carbon capture (CCS) providing approximately the same amounts of new low-carbon capacity each year. Nuclear is needed because it provides reliable electricity 24 hours a day, unlike wind. In addition, the technology is far more mature than carbon capture, meaning that although the first stations are very unlikely to be completed before 2018, they will still be producing electricity before the first CCS stations.

Put simply, to achieve the CCC’s target of emissions from electricity of 50 grammes per kWh, down from about 500 grammes today seems to require the fastest possible expansion of nuclear. The implication of the CCC’s very robust work seems to be that if Fukushima delays nuclear construction, emissions in 2030 will be higher than they otherwise would be. By how much?

Here are my assumptions.

To replace the electricity generated in 2030 by the two EPRs that haven’t been built because of the Fukushima-induced delay, will result in 9 million extra tonnes of CO2 per year, just under 3% of the UK’s carbon budget for 2030. At the government’s target price of CO2 in 2030 of £70 per tonne, the ‘cost’ in 2030 is over £600m a year and the equivalent of several billion pounds over the decade of the 2020s.

Nuclear power may turn out to be extremely expensive. Certainly no-one watching what is going on at the two construction sites of Flamanville in Normandy and Olkiluoto in Finland can be anything but sceptical of Areva’s bland assurances. Nevertheless the reality is that a further year’s delay while politicians, regulators and industry calm a worried UK public will make achievement of carbon targets even more difficult to achieve.